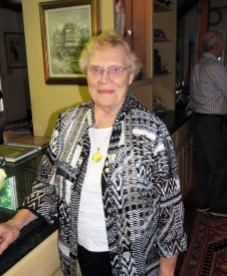 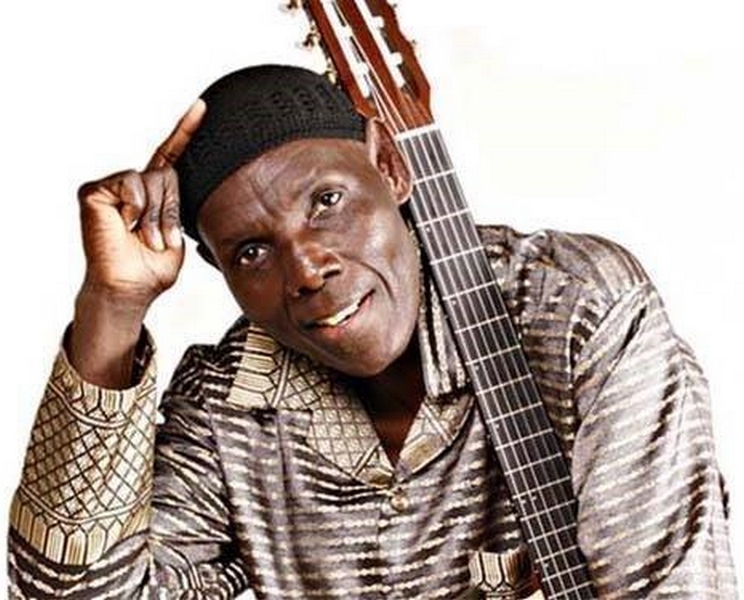 The end of the calendar year provides time to reflect upon the last year and remember all of those we have lost. This post pays tribute to some of the musicians, collectors, inventors, and scholars whose work had a lasting impact on the world of musical instruments. Please join us a minute to acknowledge the contributions of these influential people who died in 2019.

Joella Utley was a philanthropist and musician. Joella and her husband Joe created a collection of outstanding high brass instruments and then donated them to the National Music Museum at the University of South Dakota in 1999. Although the gift was formalized, more than 90% of it remained in the Utley home and after Joe's death in 2001, Joella became the primary caretaker of the collection. Among many activities, Joella served on the board of the National Music Museum and as president of the Utley Foundation, which funded brass research and the publication of award-winning catalogs.

William R Reglein (1948–2019) was a former owner, president, and chairman of the jjBabbitt company company of Elkhart, Indiana. Reglein began as a delivery boy in the company that was founded by his great uncle. Over a 52 year career he rose through the ranks until eventually becoming its president. He recently led the planning for the company's centennial celebration in 2019.

Myron Bloom (1926–2019) served as the principal horn player in the Cleveland Orchestra for more than two decades under the baton of George Szell and later in the Orchestre de Paris conducted by Daniel Barenboim. Beginning in 1985, Bloom taught horn at the University of Indiana in Bloomington. In addition, Bloom worked with Hans Hoyer horns to develop their Heritage model series.

Paul Badura Skoda (1927–2019) was one of the most celebrated pianists of the twentieth century. Though trained as a modern concert pianist, in his twenties he heard Isolde Ahlgrimm, an Austrian fortepianist, perform and it sparked an interest for him in early keyboard instruments. He built a large collection of historic instruments, which he used in performances and in a prolific recording career. He also co-authored, along with his wife Eva Badura Skoda, authored the influential “Interpreting Mozart at the Keyboard.”

Vincent Bell (1932–2019) was a "first call" session guitarist in the New York City area through the 1960s and 1970s. He played on recordings with the likes of Frank Sinatra, Bob Dylan, and Dionne Warwick, as well as on movie soundtracks including "The Godfather." Along with Nat Daniel of Danelectro Guitars, Bell designed and produced the electric guitar-sitar, that could create approximations with an electric guitar of sounds reminiscent of the Indian sitar. Bell used the instrument on many recordings, especially during the psychedelic rock era, but it was also utilized by many other musicians wishing to evoke the sound of the sitar in popular music.

Aaron Rosand (1927–2019) was a noted concert violinist and teacher. His career began at the age of 10 with an appearance with the Chicago Symphony. He made his Town Hall debut in New York City in 1948. He went on to appear as a soloist around the world and to teach at the Curtiss Institute of Music in Philadelphia. In 1957 he purchased a Giuseppe Guarneri (del Gesu) violin made in 1741. In 2009, upon retirement, he sold the instrument for more than 10 million dollars and donated 1.5 million of that sale to the Curtiss Institute.

Ginger Baker (1939–2019) was a drummer who redefined the use of the drumset in rock & roll. Baker began by studying jazz drumming in England, before joining Blues Incorporated in the 1960s where he met the bassist Jack Bruce. The two would join Eric Clapton to form the power trio Cream, in which Baker grew a reputation as rock's first superstar drummer. Baker pioneered the use of two bass drums and the long form drum solo. His playing melded jazz and African rhythms. Ginger Baker's Energy band

Clora Bryant (1927–2019) was one of the most important trumpeters in the Los Angeles jazz scene. A trailblazing woman player, Clora came of age during the big band era of the 1940s before becoming an important adherent of the bebop genre in the 1950s, when she began hosting regular jam sessions. Dizzy Gillespie was so impressed with her playing that he began refering to Bryant as "his protégé. She toured extensively and appeared along other trumpeters including Louis Armstrong and Harry James. She released a single album during her lifetime, "Gal with a Horn" in 1957." Among many award, she was honored by the Kennedy Center in Washington D.C.

Mario Davidovsky (1934–2019) was an experimental composer who championed electronic sounds, especially paired with acoustic instruments, in the 1960s.

Alan Rogan (1951–2019) was a guitar technician to many rock stars. He most famously worked with Pete Townshend of The Who, including taking care and repairing instruments smashed by the rocker. He also worked with and befriend many other rock guitarists including George Harrison and Eric Clapton, among others.

Kadri Gopalnath (1949–2019) was a successful Indian classical musician who introduced the alto saxophone into traditional Carnatic music. He first heard a saxophone as a child and decided to learn the instrument and use it in Indian musical styles. He said that it took him twenty years to learn to play the subtle nuances of Carnatic music on the instrument, and he modified his instrument in order to play microtonal melodies. .

Anner Bylsma (1934–2019) was a pioneer of period cello performance best known for his interpretations of the Bach cello sonatas on period instruments. As a leader in the influential Dutch baroque school, his playing and interpretations had an impact on players not only of the cello, but on many other historically informed performers.

João Gilberto (1931–2019) was a Brazilian guitarist, singer, and songwriter and is known as one of the creators of the Bossa Nova style.

University of Michigan School of Music, Theatre and Dance

Marilyn Mason (1925–2019) was a concert organist and taught generations of students during her 67 year tenure as a professor at the University of Michigan. Known for her recordings of the complete organ works of both Bach and Pachelbel, she also commissioned more than 70 works from modern composers.

After studying baroque organs in Europe, she was responsible for the University of Michigan acquiring a copy of an 18th century organ by Gottfried Silberman that was made by the Fisk company. It is now named after Mason.

Raymond Leppard (1927–2019) was an influential conductor who specialized in the production of seventeenth century operas with historically informed orchestras and singers.

Velvel Pasternak (1933–2019) was a scholar, music publisher, and anthropologist who preserved

the musical tradition of Hasidic Jewish sects. A native of Long Island, he began by recording and transcribing songs from Jewish communities in Brooklyn. He published his first book "Songs of the Chassidim" in 1968. His company "Tara Publications" is now one of the largest publishers of Jewish music in the world.

Oliver Mtukudzi (1952–2019) was a singer, composer, and guitar player who revolutionized the music of Zimbabwe and was popular throughout Africa and around the world.

He combined elements of traditional Shona music with that of jazz and dance music. His music resulted in the birth of a new genre known as Tuku and he was famous for his guitar playing, saying that he was looking for an mbira on the guitar strings.

Dick Dale (1937–2019) was known as the king of the surf guitar. Dale's Lebanese father taught him middle-eastern scales and songs, which inspired Dale's later playing. With the Del Tones, he recorded "Let's Go Trippin'" in 1961, the first surf rock song. The next year he had a huge hit with the instrumental number "Misirlou," his rendition of an Arabic folk song. In 1994, the piece was used as the theme to Quentin Tarantino's "Pulp Fiction." Dale was recruited by Fender guitars to test and use their amplifiers and guitars. His golden Stratocaster was nicknamed "The Beast" and helped to make Fender guitars the instrument of surf rock music.

Michael Jaffee (1938–2019) was the co-founder of the Waverly Consort, an influential early music ensemble based in New York City. The ensemble formed when Jaffee and his future wife, Kay Cross, were studying at New York University with musicologist Gustave Reese in 1959. They were inspired to begin playing medieval and Renaissance music on period instruments. By the early 1960s the group was performing regularly in New York City. The Waverly Consort went on to record albums, appear on television, and concertize around the world.

Sam Pilarfin (1949–2019) was one of the most accomplished and versatile tuba players of the last half century. He was a founder of the Empire Brass quintet and an accomplished soloist. As a studio musician, he worked with vocalist Bernadette Peters, jazz guitarist Frank Vignola, minimalist composer Philip Glass, and the rock band Pink Floyd on their album "The Wall."